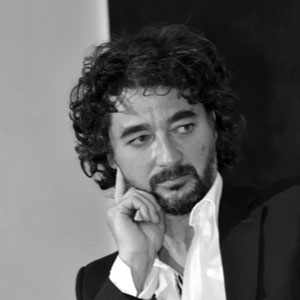 Born in Verona in 1963, Gusmaroli started his own research activity in the field of photography, referring to architecture and still life: elements that influence his artistic production starting from the beginning of 1990, when he also placed his first personal exhibitions , from the first in 1992, at the Toselli Gallery, to “The background idea: greet the world”, at the Studio d’Arte Raffaelli, in Trento. If the theme of photography returns in his early works, it is often transformed, covered with a thousand signs and subtle colored strokes, to reappear as a plastic, almost sculptural form. The year 2000 inaugurates a fertile exhibition season, with solo shows at the Montrasio Gallery in Monza, Forni in Bologna, in Paris at the Studio Simonis, in Milan in Ca ‘di Fra, Galleria Tega and Corsoveneziaotto, but also in public spaces, such as Villa Sartirana in Giussano. Meanwhile Gusmaroli continues with great freedom in his creative research, ranging in the choice of materials and surfaces to be used as bases and active elements of the artistic operation. Here then are the selection of stamps, the maps of “all city”, the geographical maps, but also monochrome backgrounds, mainly white and red, on which to create textures of great formal elegance and slight poetry with simple reiterated objects, born from the same simple gesture of folding paper. Small boats or airplanes, a minimal operation that requires the strength to “go to remove” and that characterizes Gusmaroli’s research of the last decade. They are the well-known whirlwinds of white on white boats that reproduce imaginary journeys with impossible routes, the result of associations, sensations and connections that spring from the materials themselves. A calculated musicality, told by the waves of folded paper in the form of objects linked to the theme of the journey, unfolds over the works of Gusmaroli, where research ranges from the concept of lightness to the relations of light and shadow, full and empty, action and non-action . Going back over the years, even wanting to write down some group shows, the important names of spaces and contexts, public and private, to which Gusmaroli was invited to exhibit come to mind: from the Civic Museum of Lodi, the Municipality of Padua and Il Museo del Vittoriano in Rome, in Viafarini in Milan, with Accardi and De Maria, in the Trevi Flash Art Museum in the Museum of Modern and Contemporary Art in Arezzo, up to the Galleria d’Arte Moderna in Turin, while abroad, his works have traveled from Barcelona to Paris with Fabro Boetti and Pistoletto, from Brussels to New York, at the Sperone gallery, and last in Tel Aviv. 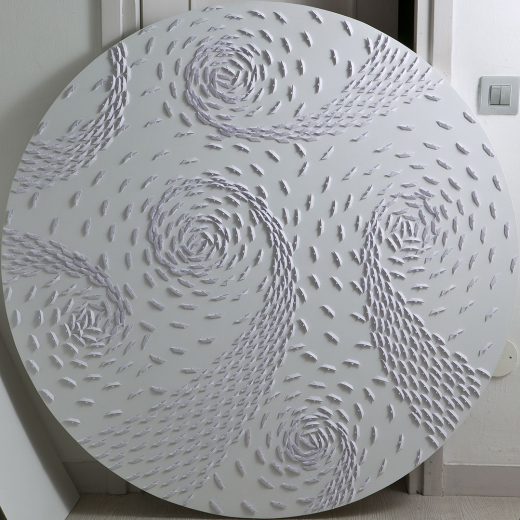 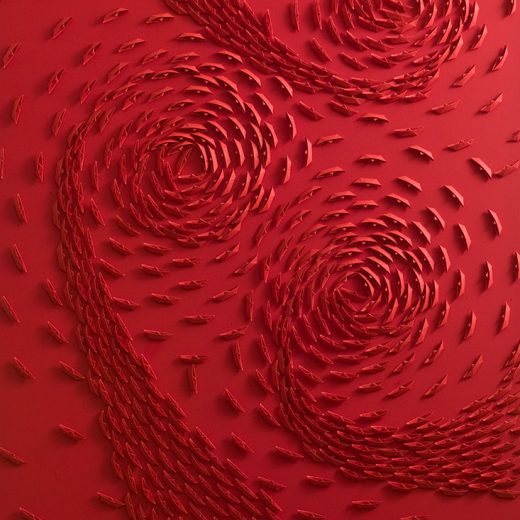 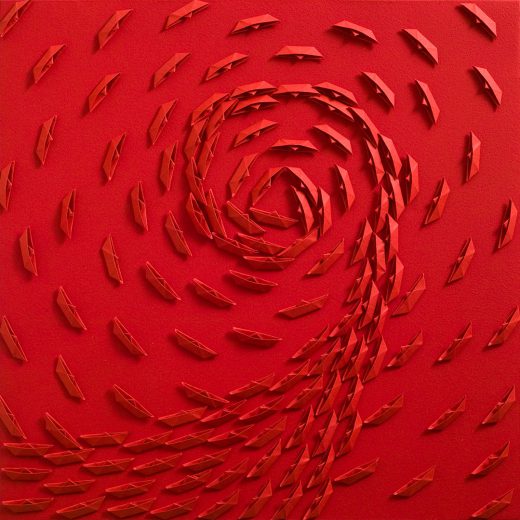 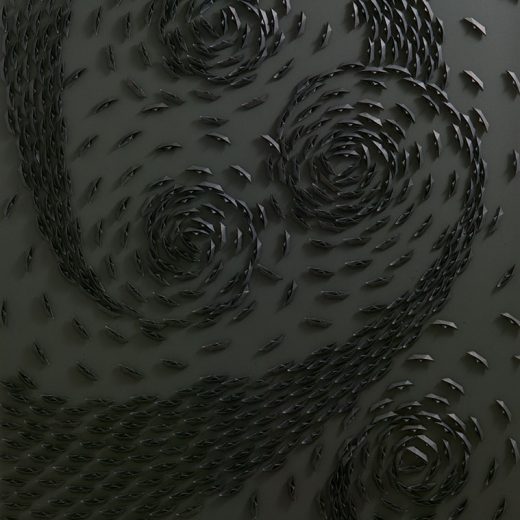 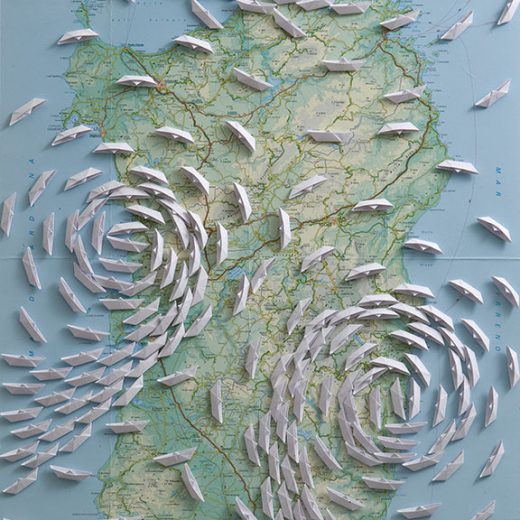 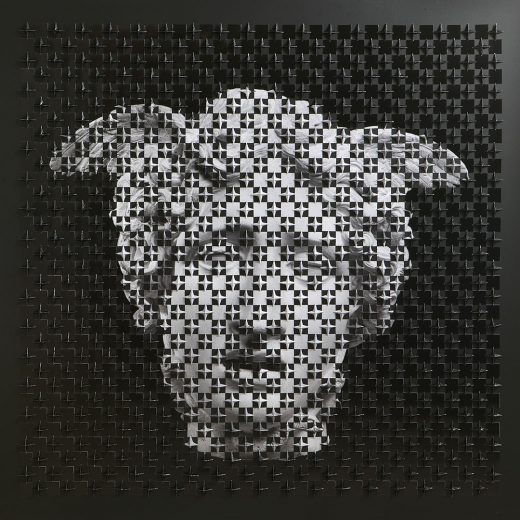 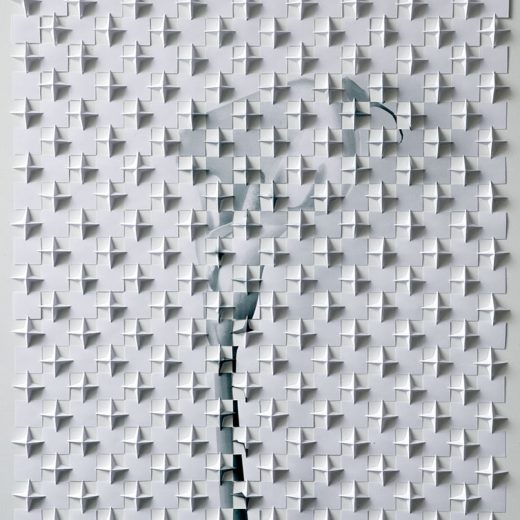 Riccardo Gusmaroli
This site uses cookies including third-party cookies. Please refer to the extended information for further information. The continuation of the navigation involves the acceptance of cookies.OKRead more